Robots are constantly being portraited in fiction, essays, films and series. In the theatre, its presence has a long history (the term robot itself was first used in a Czech play in 1920), linked to the exploration of otherness, as well as to the theatrical objects par excellence, the mask and the puppet. On stage, the robot seems to evoke a 'disquieting strangeness' linked to the cohabitation of the animate and the inanimate, of rigidity and illusion of life. The robot's behaviour and its autonomy nevertheless determine a radical, external otherness, which raises the question of going beyond the human. Today, the human-machine interface, bionics, prosthetics and nanotechnology raise fundamental ethical issues and stimulate the artistic imagination. The stage can be not only the space for multiple transpositions of these questions and devices, but also a laboratory for experimentation. The project "Stage and robotics: interactions and interrelations" aims at constituting an interdisciplinary platform that brings together engineers, computer scientists, artists and researchers in the performing arts around the question of the sociability of both robotic devices and theatrical practice. Through the pooling of knowledge and languages, as well as the setting up of creation workshops and observation protocols, we wish to investigate the relational and dramaturgical potential of the robot on stage in its interactions with the actor and the spectator.

Erica MagrisIs a former student of the Scuola Normale Superiore di Pisa, where she studied literature and philosophy. In 2009, she defended a doctoral thesis in Theatre Studies and Modern Linguistic Disciplines, co-supervised by the University of Paris 3 Sorbonne Nouvelle and the Scuola Normale Superiore di Pisa, under the direction of Béatrice Picon-Vallin and Maria Ines Aliverti, entitled "Enlarged Theatres: The Use of Audiovisual Technologies on Italian Stages (1965-2005). Qualified at the CNU in sections 18 and 14, she was first a post-doc researcher at ARIAS-CNRS and joined in 2012 the Theatre department of the University of Paris 8. She also taught at the University of Montpellier 3 (2006-2008) and at the University of Paris 3 (2009-2012). She is interested in the history of contemporary theater (XXth-XXIst centuries), Italian and European, especially in the study of aesthetics and creative practices in relation to cultural, socio-economic and media contexts. Her research activities are articulated along four main lines: 1. the relationship between theater and new technologies: the phenomena of intermediality, the digital augmentation of the stage and the expansion of staging practices, from the point of view of creation and reception; 2. the study of documentary theatrical forms; 3. Italian theater, particularly artists little known or studied in France, such as Giovanni Testori, Luca Ronconi, Virginio Puecher; 4. the comparative study of French and Italian theatrical cultures, particularly from the point of view of the links between aesthetics, forms of organization and cultural policies. ...

Filacanapa Giulia , Maître de conférences in theatre and italian studies at Paris 8 University, wrote a PHD on the reinvention of commedia dell'arte for contemporary creation, defended in 2015 under the supervision of Françoise Decroisette (University of Paris 8) and Anna Maria Testaverde (University of Florence). Member of the "History Axis" of the research unit "Scènes du Monde" of the University of Paris 8 and of the ELLIADD Laboratory of the University of Bourgogne Franche-Comté, her research, supported by the University Research School ArTeC as well as the Maison des Sciences de l'Homme de Paris Nord, focuses on masks and hybrid bodies from a theoretical and experimental point of view as well as on the creation processes and social uses of theatre. In addition, she combines her academic activity with an artistic practice, directing and theatrical pedagogy in projects with an international focus. She is the author of several scientific articles, as well as of the book Alla ricerca di un teatro perduto. Giovanni Poli e la neo-commedia dell'arte, Corazzano Titivillus, 2019, and she co-edited with G. Freixe and B. Le Guen, Le masque scénique dans l'Antiquité. Pratiques anciennes et contemporaines, Montpellier, Deuxième Époque, 2022.
More info: https://univ-paris8.academia.edu/GiuliaFilacanapa 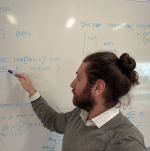 Salvatore Maria Anzalone is Maître de Conférences at Université Paris 8 and member of the Artificial and Human Cognitions Laboratory, leading the Cognition and Social Interactions group. His research interests focus on Social Robotics, spanning from the analysis of interpersonal dynamics to the development of socio-cognitive behaviors, with the goal of allowing robots to express high degrees of social intelligence. He extensively worked on such topics in the specific context of socially assistive robotics for children with neurodevelopmental disorders. He was awarded as JSPS Research Fellow from the Japan Society for the Promotion of Science (2011-2012) and recipient of a grant from the Japanese National Institute of Information and Communications Technology (2013). He participated in several national and European projects such as the FP7 Michelangelo. He is currently coordinator of the French-Swiss bilateral project ANR-FNS iReCheck, co-coordinator of the French national project “Scène and Robotique” and, since 2017, part of the steering committee of the Artificial Intelligence and Robotics group of the Italian Association for Artificial Intelligence. Since 2021, he is managing editor of the Springer’s International Journal of Social Robotics.
More info: https://sites.google.com/site/anzalones/

Théo Arnulf is a PHD student affiliated with the "Scène du monde, création, savoirs critiques" team of the UFR Arts, Philosophie, Esthétique of the Université Paris 8 Vincennes-St-Denis. He collaborates as an intern in the project Scènes & Robotique. His thesis "Machines and emerging technological practices in theatre and performance" focuses on contemporary artists who use robotics, devices and prostheses in an original way. He is the author of an article on contemporary art and the philosophy of technology (journal Appareil) and an article on the artistic recycling of sets (Alternative Théâtrales). He is a reader for the magazine Theater In Progress directed by Izabella Pluta, and is in charge of the office of the international colloquium: "Limits of the human, machines without limits". His research has fed into his work as assistant director to Heiner Goebbels. He is also a lighting designer for the theatre, notably with the Formosa Theater company, and a stagehand. 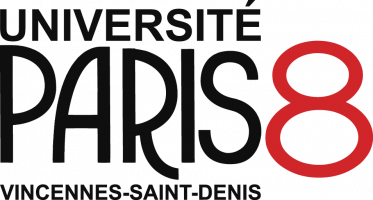 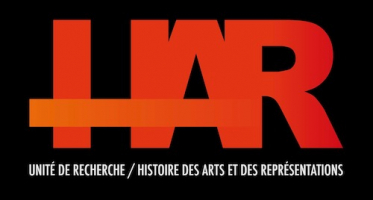 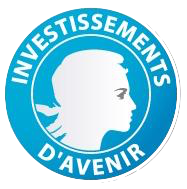