When the human becomes the robot 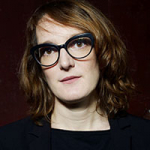 Marion Boudier is a lecturer in theatre studies at the Université Picardie Jules Verne and a member of CRAE. She is also a dramaturge and has been working with Joël Pommerat and The Compagny Louis Brouillard since 2013 on projects for theater and opera. Her work focuses on contemporary textual and scenic writing, dramaturgy, creative processes, the actor and the document, and the links between art, pedagogy and research. She is co-director of the research program Performer les savoirs with Chloé Déchery. She notably co-created the website Grande leçon de théâtre d'Oriza Hirata for the UOH and is the author of several articles and books on contemporary theater including "Avec Joël Pommerat, un monde complexe" (Actes Sud, 2015) and "De quoi la dramaturgie est-elle le nom?" (L'Harmattan, 2014) co-authored with the collective of the journal Agôn of which she is a founding member. She received the Prix du Syndicat de la critique - Best book on theater for With Joël Pommerat (volume 2), writing Ça ira (1) Fin de Louis published by Actes Sud in 2019.Performing knowledge: https://performerlessavoir.wixsite.com/performerlessavoirs Oriza Hirata's Great Lesson in Theater: http://oriza-hirata.ens-lyon.fr/Agôn: https://journals.openedition.org/agon/ 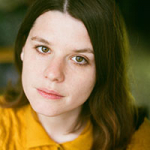 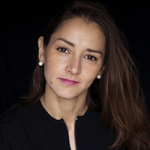 Angélique Flaugère was born in 1987 in Vaulx-en-Velin, a suburb of Lyon. It is only at the age of 23, after having cumulated several food jobs that she joins a theater course. "The theater then entered my life and was immediately obvious..." She followed a professional orientation cycle at the Toulon Conservatory, then she joined Nathalie Bécue's classes at the Conservatory of the 14th district of Paris. At the same time, she began working with the director Laura Thomassaint and with Élise Chateauret. She then met Joël Pommerat during a workshop in Marseille at the Théâtre du Merlan and joined his company for the creation of Contes et légendes. 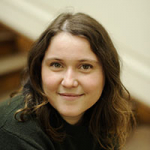 From the age of 4 to 20, Marion Levesque practiced theater as an amateur. It was when she realized that it could be a real profession that she decided to become an actress. She entered the Conservatoire de Nantes where she worked with Joris Mathieu, Marie-Laure Crochant and Philippe Vallepin, thanks to whom she learned about Philip K. Dick, Pier Paolo Pasolini and documentary theater. Three years later, she left to study at the ESACT - Royal Conservatory of Liège. She will have the opportunity to work with Mathias Simons, Raven Ruëll, Frédéric Ghesquière, Françoise Ponthier and many others. But also to discover Jerzy Grotowski, the commedia dell'arte, Antonin Artaud and Marguerite Duras. She finished her studies in 2017. In 2018, she met Joël Pommerat and since then she plays in Contes et Légendes that he directed.