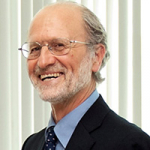 Paolo Dario is Professor of Biomedical Robotics and Pro- ector for University’s Third Mission at the Sant’Anna School of Advanced Studies Pisa Italy. He has been Founding Director of The BioRobotics Institute and Founding Coordinator of the PhD Program in Biorobotics at the Sant’Anna School of Advanced Studies. He has been and is visiting researcher, professor and fellow at various universities and scientific institutions in Europe, USA, the Middle East and Asia. His current research interests are in the field of bio-robotics and bionics, and include surgical robotics, micro/nano devices for endoscopy, bio-inspired devices and systems, and assistive and companion robots. Paolo Dario is the author of 400+ journal publications (Scopus), his H-Index is 64 (Scopus) and 92 (Google). He is co-author of 50+ international patents and co-founder of 5 start-up companies. Paolo Dario has coordinated many large national and European projects, and he served in many EU Committees. He is Founding Editorial Board Member of the Journal “Science obotics” Associate Editor of the IEEE Transactions on Biomedical Engineering and Editor-in-Chief of the new IEEE Transactions on Medical Robotics and Bionics. Paolo Dario is an IEEE Fellow and a Fellow of the European Society on Medical and Biological Engineering. He served as President of the IEEE Robotics and Automation Society and received several prizes and Awards, including the 1996 Joseph Engelberger Award for Medical Robotics, the 2014 IEEE RAS George Saridis Leadership Award, and the 2017 IEEE RAS Pioneer Award for Biorobotics. 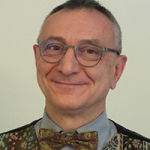 Andrea Bonarini (MS Electronics Engineering, PhD Information Technology, Master NLP) is Full Professor at Politecnico di Milano Department of Electronics, Information, and Bioengineering. He is working on AI since more than 35 years, among the co- founding members of the Italian Association for Artificial Intelligence and of the Italian Chapter of the IEEE Computational Intelligence Society. He is Responsible of the AI and Robotics Lab at Polimi, where he coordinates researchers and students developing machine learning algorithms, "intelligent" objects, and autonomous robots (more than 50 since 1986, mostly social robots for entertainment, play (in many senses), and for people with disabilities). He is collaborating also with psychologists, designers, and artists in the development of affective interactive machines. He published more than 200 peer-reviewed papers. 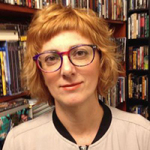